Portland is a unique and vibrant city which has much to offer the casual tourist. Visitors to the “City of Roses” will enjoy its unique neighborhoods, which offer a variety of attractions including a lively music and dining scene, numerous microbreweries, beautiful gardens, and specialty book stores. Other attractions which can be found in close proximity to Portland include the Oregon Coast, the Columbia Gorge, Mt. Hood, and the Willamette Valley Wine Country. 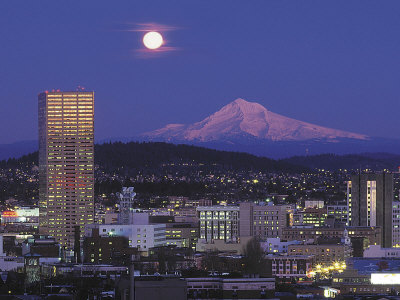 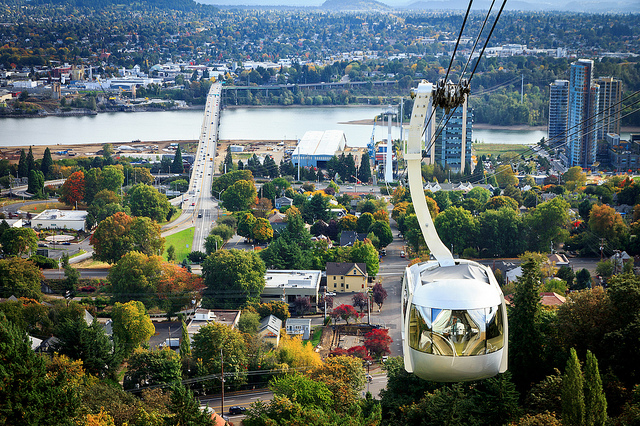 Portland is home to a diverse array of artists and arts organizations, and was named in 2006 by American Style magazine as the tenth best Big City Arts Destination in the U.S. The Portland Art Museum owns the city’s largest art collection and presents a variety of touring exhibitions each year. With the recent addition of the Modern and Contemporary Art wing it became one of the United States’ twenty-five largest museums. Art galleries abound downtown and in the Pearl District, as well as in the Alberta Arts District and other neighborhoods throughout the city.

The Oregon Museum of Science and Industry (OMSI) is located on the east bank of the Willamette River across from downtown Portland, and contains a variety of hands-on exhibits covering the physical sciences, life science, earth science, technology, astronomy, and early childhood education. OMSI also has an ultra-large screen movie theater and is home to the USS Blueback submarine, used in the film The Hunt for Red October.

Washington Park, in the West Hills, is home to some of Portland’s most popular recreational sites, including the Oregon Zoo, the Portland Japanese Garden, the World Forestry Center, and the Hoyt Arboretum. Portlandia, a statue on the west side of the Portland Building, is the second-largest hammered-copper statue in the U.S. (after the Statue of Liberty). Portland’s public art is managed by the Regional Arts & Culture Council.

Powell’s City of Books claims to be the largest independent new and used bookstore in the world, occupying a multistory building on an entire city block in the Pearl District. In 2010, Powell’s Technical Books was relocated to Powell’s Books Bldg. 2 across the street from the flagship store. 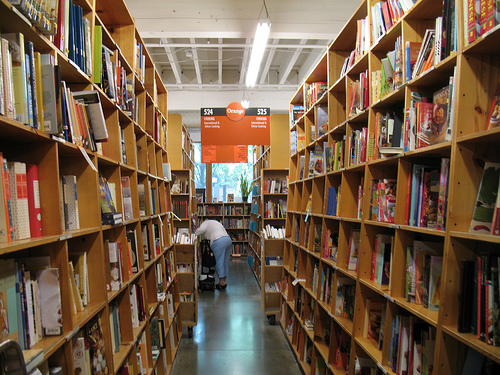 The Portland restaurant scene is quite diverse — from the local coffee house (Stumptown Coffee), burger chain (Burgerville), donut shop (Voodoo Doughnut) to Microbreweries and numerous fine dining options. For a quick bite at lunch you might try one of the restaurants around Riverplace or venture downtown to eat at one of the many food carts. 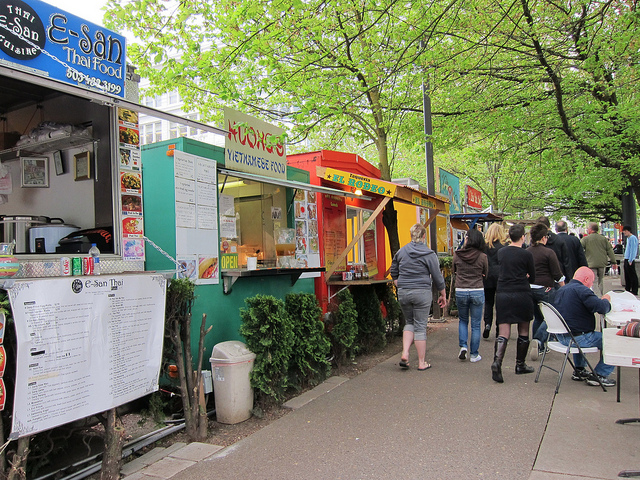 The following guides and review sites are helpful for narrowing styles and cost preferences: