The organizing committee is pleased to announce this year’s keynote speakers: 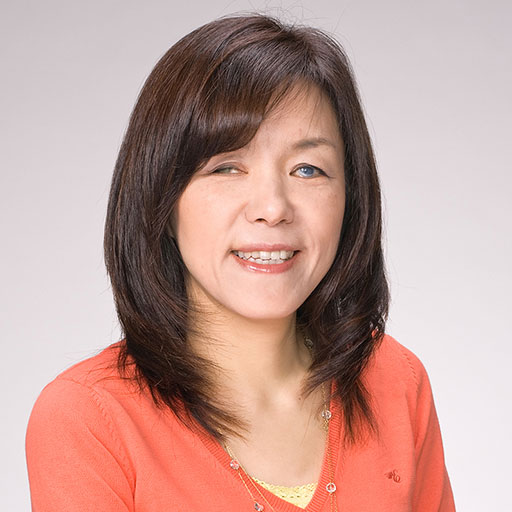 Interaction Techniques with a Navigation Robot for the Visually Impaired

Abstract: Robotic technology has long been seen as a potential mobility aid for the visually impaired, and the latest advancements in sensing and artificial intelligence have made it a reality. Before starting the project, we researched the capabilities of, and user interactions with guide dogs. We discovered that the rich haptic interaction with the “handle” allows users to comfortably follow a guide dog.

We then began designing a navigation robot with a handle that is small and slim enough to be followed in a similar body posture. Our goal was to make the robot natural and seamless in an urban environment, leading us to the concept of the AI Suitcase, a suitcase-shaped robot. In this presentation, after reviewing the capabilities of a guide dog, we will explain the concept, design, and implementation of the AI Suitcase and interaction techniques with the robot. We will also discuss the challenges of implementing such new robotic technologies in the real world, including technical challenges, infrastructure challenges, business models, and social acceptance.

Biography: Dr. Chieko Asakawa is an IBM Fellow, working in the area of accessibility. Her initial contribution to the field started from braille digitalization and moved onto the Web accessibility, including the world’s first practical voice browser. Since 2010, Chieko is focusing on real world accessibility to help the visually impaired to better comprehend their surroundings and navigate the world by the power of AI. Her latest project is the development of the AI suitcase, a navigation robot for the visually impaired. She has been serving as an IBM Distinguished Service Professor at Carnegie Mellon University since 2014. Dr. Asakawa started to concurrently serve as Chief Executive Director of the Japanese National Museum of Emerging Science and Innovation (Miraikan) since April 2021. In 2013, the government of Japan awarded the Medal of Honor with Purple Ribbon to Dr. Asakawa for her outstanding contributions to accessibility research. She was elected as a foreign member of the US National Academy of Engineering in 2017, inducted into the National Inventors Hall of Fame (NIHF) in 2019. She also received American Foundation for the Blind 2020 Helen Keller Achievement Award.

Robotics Research and Teaching with a Feminist Lens

Abstract: Feminism is more than (and often not even) an interest in women’s issues. For our robotics research, we use feminist theory as an analytical toolbox, filled with terms and insights to make visible and probe questions of power, representation, and expectations about and between humans and robots in the entangled encounters produced by social robots. Some of these questions are related to gender. Feminist theory gives us a vocabulary to talk about the materiality of robots, but also their positioning in our social encounters, real and imaginary… and how they position us, the users, in those encounters. This keynote will present some of the theoretical insights from feminism and intersectionality that we have found useful & generative; discuss how and where we apply them to our studies of social robots; and reflect on our experiences using these concepts to teach engineering students.

Biography: Ericka Johnson is a professor of gender and society at Linköping University, Sweden, and a member of the Royal Swedish Academy of Sciences. She has an interdisciplinary background in sociology, gender studies, and science & technology studies. 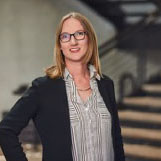 Abstract: This talk will be focused on the unique challenges in deploying a mobile manipulation robot into an environment where the robot is working closely with people on a daily basis. Diligent Robotics’ first product, Moxi, is a mobile manipulation service robot that is at work in hospitals today assisting nurses and other front line staff with materials management tasks. This talk will dive into the computational complexity of developing a mobile manipulator with social intelligence. Dr. Thomaz will focus on how human-robot interaction theories and algorithms translate into the real-world and the impact on functionality and perception of robots that perform delivery tasks in a busy human environment. The talk will include many examples and data from the field, with commentary and discussion around both the expected and unexpected hard problems in building robots operating 24/7 as reliable teammates.

Biography: Andrea Thomaz is the CEO and Co-Founder of Diligent Robotics. Her accolades include being recognized by the National Academy of Science as a Kavli Fellow, the US President’s Council of Advisors on Science and Tech (PCAST), MIT Technology Review TR35 list, and TEDx as a featured keynote speaker on social robotics. Dr. Thomaz has received numerous research grants including the NSF CAREER award and the Office of Naval Research Young Investigator Award.

Andrea has published in the areas of Artificial Intelligence, Robotics, and Human-Robot Interaction. Her research aims to computationally model mechanisms of human social learning and interaction, in order to build social robots and other machines that are intuitive for everyday people to teach. She earned her Ph.D. from MIT and B.S. in Electrical and Computer Engineering from UT Austin, and was a Robotics Professor at UT Austin and Georgia Tech (where she directed the Socially Intelligent Machines Lab). Andrea co-founded Diligent Robotics in 2018, to pursue her vision of creating socially intelligent robot assistants that collaborate with humans by doing their chores so humans can have more time for the work they care most about.